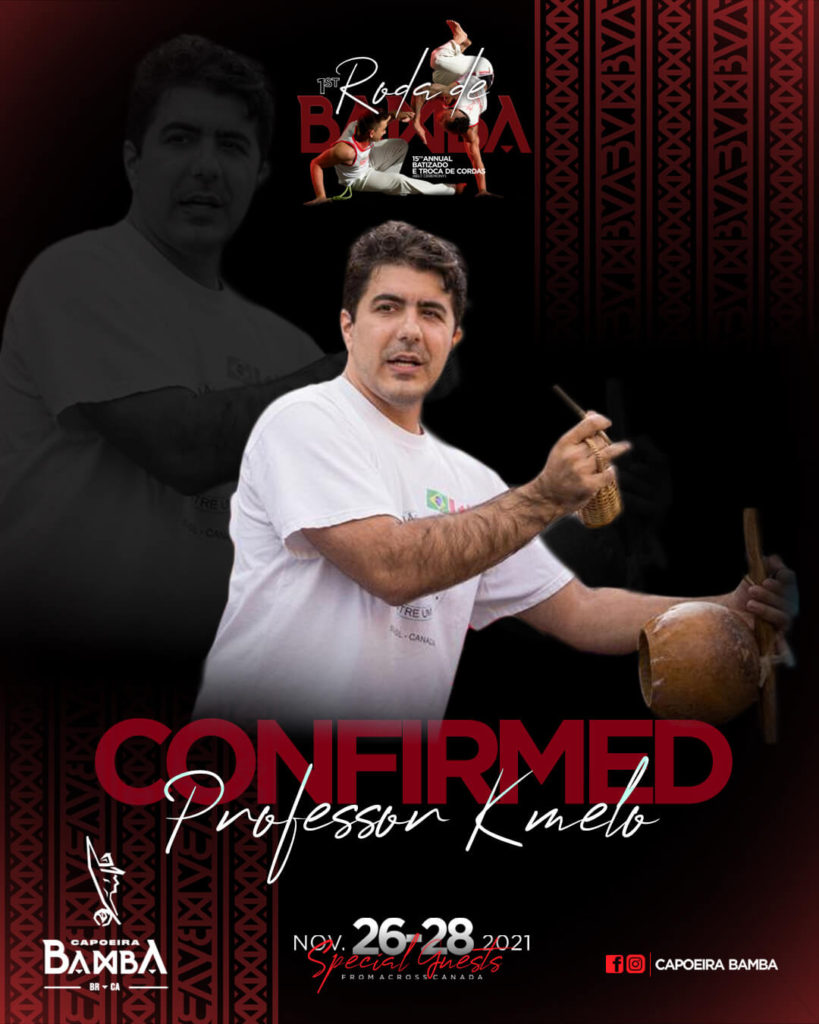 Kmelo began his Capoeira career in 1993 when he joined Grupo União na Capoeira in Portugal. Under the leadership of Mestre Umoi and Mestre Tucas, he acquired the necessary competencies to become a skillful Capoeirista.

During his 28 years with Grupo União na Capoeira, Kmelo has made considerable contributions to the development of the group and has worked actively to raise awareness about Capoeira throughout Europe and North America.

Kmelo has taken part in performances and Capoeira events in Portugal, Spain, Germany, France, England, Norway, Brazil, Canada and USA. He assisted in the production of several annual Batizados (a Batizado is a yearly graduation ceremony where students earn their belts and move on to the next stage of their Capoeira training) and assisted in the coordination of international Capoeira workshops on numerous occasions. Kmelo also lent his multimedia production skills to the making of Grupo União na Capoeira´s 20th anniversary CD and the group´s DVD showcasing four years of international Capoeira workshops. In addition, Kmelo made appearances on international T.V. shows and participated in a Capoeira showcase at Expo 98 in Lisbon. Along with members of his group, he was also interviewed by Portuguese radio shows and was featured in newspapers and magazines.

In his capacity as Instructor, Kmelo took part in a collaborative initiative between Grupo União na Capoeira, the Portuguese government and non-profit organizations. Aimed at underprivileged youth living in high-crime areas and criminal offenders, the resulting program utilized Capoeira training as a means of developing leadership and team work skills, as well as social tools that promote discipline, positive living and healthy self-confidence. To this end, Kmelo taught Capoeira in schools, community centres and juvenile detention centres.

The success of this collaboration has fuelled Kmelo´s desire to extend his group´s social initiative to other communities. He hopes to further the work of Grupo União na Capoeira by sharing the empowering attributes cultivated through continuous Capoeira training with Canadian society.