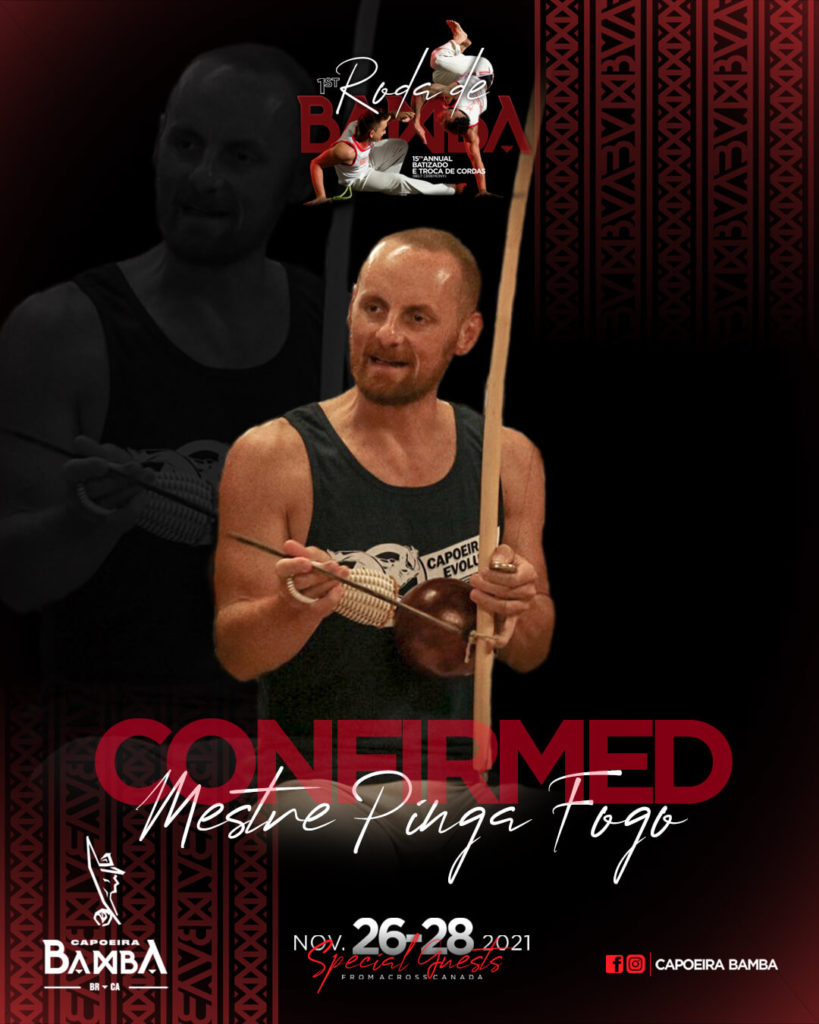 Guilherme Torres, also known as “Pinga Fogo”, a native of Taubate, Sao Paulo, Brazil started practicing capoeira at the age of 5 in Brazil.  Guilherme always knew that he wanted to dedicate his life to capoeira and so he began his career as a Capoeira teacher in 1995.

In December of 2000 he earned a bachelor’s degree in physical education from UNITAU (University of Taubate).
He moved to Connecticut in 2003 where he had the opportunity to perform in wonderful places such as the Museum of the City of New York, YALE University, Mohegan Sun Casino, WTNH channel 8, International Festival of Arts & Ideas and much more.  He is been living in Austin,TX since 2013.