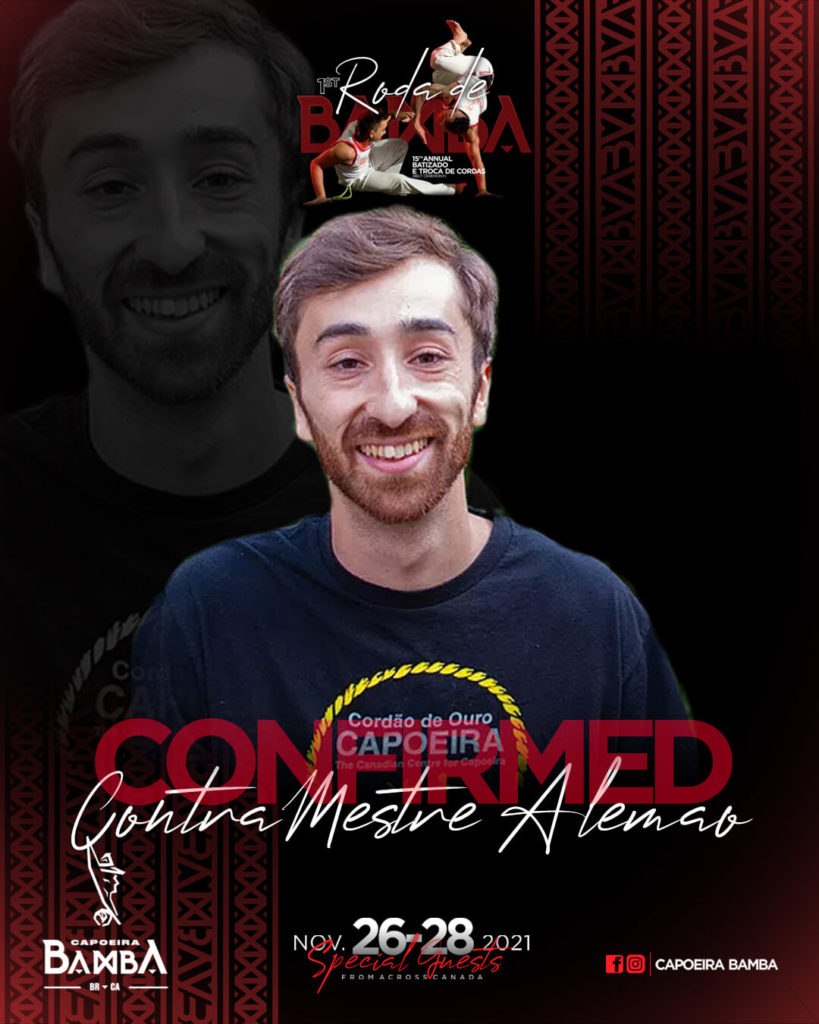 Alemão began training capoeira under Mestre Coveiro at the age of 11 in Holon, Israel. Capoeira became his passion and his profession. In 2007 he traveled through Brazil to get to know the many different schools of Capoeira. After the trip he began his full-time activity as a capoeira teacher in Israel.

In 2011 Alemão left his homeland to found the group “Cordão de Ouro – Frankfurt” in Germany. The German center for Capoeira has existed since April 2012.

​Contramestre Alemão has been teaching in Frankfurt since then, giving workshops all over the world and organizing performances. As a teacher, he already has several certificates and continues to educate himself.